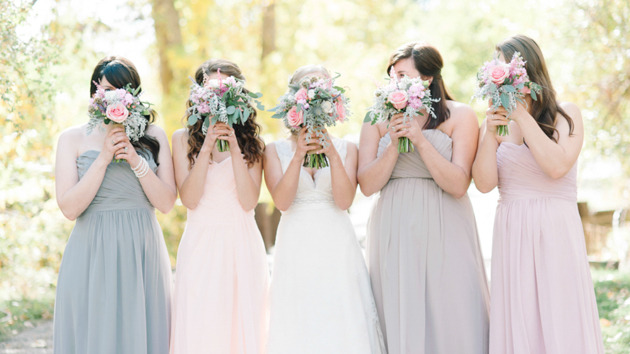 Everyone wants to have a memorable wedding ceremony, right? hence I am giving a way some tips below for you to follow to have the most unforgettable once in a lifetime event that you could ever have.

Looking to host a truly unique wedding? Take a look through this guide of record-breaking wedding feats compiled by Wyboston Lakes, which has spectacular wedding venues in Bedfordshire available to book today:

The ceremony was held in Madras, India, on September 7th 1995.

UK reverend William Noel Tavernor holds the record as being the oldest person to conduct a wedding ceremony.

He was 98 years and 227 days when he achieved the feat by marrying his grandson Jack Thomas Tavernor to Rebecca Jane Floate at a ceremony in Bettws-y-Crwyn on August 15th 2015.

The most expensive wedding dress was priced at $12 million. Created by Martin Katz Jewellers and bridal couture designer Renee Strauss, the dress featured 150 carats’ worth of diamonds.

It was created specifically for the Luxury Brands Lifestyle Bridal Show, which took place on February 26th 2006.

Most crystals on a wedding dress

At 45,024 crystals, Özden Gelinlik Moda Tasarim Ltd of Turkey created the wedding dress with the highest number of crystals on it.

The dress took five days to prepare and was presented at the Forum Istanbul Shopping Mall on January 29th 2011.

Most pearls on a wedding dress

Yumi Katsura of Japan is credited with creating the wedding dress with the most pearls — 13,262 pearls in total. Only genuine Akoya cultured pearls were used, with the dress presented to the public at the 2012 Yumi Katsura Grand Collection event in Bunkyo, Tokyo on February 21st 2012.

Vivian Shun-Wen Cheng of Taiwan wore the longest wedding veil for her wedding ceremony, which measured in at 6,072.23 metres long.

Three people spent over three months making the veil by hand as a gift from the bride’s father, which was worn on December 10th 2016 at Papago International Resort in Chihshang, Taitung County, Chinese Taipei.

The longest wedding dress train measures in at 2,599 metres long and was inspired by a sea of flowers in Shililanshan, in Xiamen.

The wedding dress was also decorated with petals and was worn to a ceremony on August 20th 2015.

When Christa Rasanayagam married Arulanantham Suresh Joachim in the Canadian city of Ontario on September 6th 2003, the bride held the largest wedding bouquet ever recorded.

Measuring 60.09 metres long and weighing 92kg, the bouquet was made up of 1,500 flowers divided into 500 roses, 400 carnations, 340 baby breaths, 200 daisies and 60 lilies. An array of bear grass, Italian Ruches and Ontario Cedar completed the array.

By catching 50 bridal bouquets when attending the weddings of friends and family between June 15th 1996 and April 30th 2016, American Jamie Jackson holds the feat of catching the most bridal bouquets ever.

This record has seen Jamie become a local celebrity in her home state of Utah and earn the nickname “The Bouquet Slayer”.

Most bridesmaids to one bride

American Tina Ackles holds the record for having the most bridesmaids to one bride.

When she tied the knot in the US state of Florida on April 18th 2015, the bride was accompanied by 168 bridesmaids.

Weighing in at 6,818 tonnes, a cake created by chefs at the Mohegan Sun Hotel and Casino, in Uncasville, Connecticut, USA, takes the feat of being the world’s largest wedding cake.

This magnificent wedding cake was put on display by the Mohegan Sun Hotel and Casino for their New England bridal showcase, which took place on February 8th 2004.

American couple Erin Finnegan and Noah Fulmor are credited with having the first zero gravity wedding.

When Hiroyuki Yoshida of Japan tied the knot with Sandra Smith of the USA, the ceremony took place 130 metres below sea level; making it the deepest underwater wedding.

The marriage of Polish couple Ewa Staronska and Pawel Burkowski is credited with being the largest underwater wedding ever, with 303 divers present.

Orka Group Ltd organised the event, which took place at the Koparki Diving Base, in Jaworzno, Poland, on August 27th 2011 and involved communication via waterproof texts and sign language.

Peter Schmidl and Anna Turceková took their passion for motorcycles to new heights when they tied the knot in Bratislava, Slovakia, on May 6th 2000.